Interview with our director

We sat down with Paul Scheuschner, our Director here at WIS, to chat about a few topics, including the company’s work environment and recent changes in the affiliate industry.

Early bird or night owl?
I’m generally not a morning person, but I try to wake up every day at the same time (even on weekends) and be in the office by around 8am. I like to work in the morning and get more done at this time.

How many Maltese people are there in the office?
Currently, about 25% are locals. I like that Maltese people are very loyal. You also don’t have an issue with them moving out of the country, which has already happened to us with foreigners.

What do you like most at work?
Generally, I like to work with great, motivated people; this also has a big effect on my own mood. Then, of course, I like seeing the business progress. It’s much more enjoyable if you work and see things moving at the same time. SEO is very exhausting, long-term work and the high competition does not make it any easier, but we have learned to be patient and have a clear, long-term strategy.

Why does the company invest in the team so much?
It’s important to me that our people have a good time and progress in their career while working here. I don’t believe that we would make any improvements with our company targets if employees stayed only for 6 months or 12 months. On top of that, recruiting is in general incredibly expensive. It’s much better to put that money into our own staff, in my opinion!

How is the work environment and what sort of people are in the company?
Well, I think if the work environment is bad, this will cause a downward spiral for many other things as well. Imagine somebody is treated badly by his supervisor and gets paid a meagre salary on top of that. Do you think he will happily come to work and be nice to his colleagues? Probably not. We want to avoid that. I’ve also heard that everybody from our small team gets along; I’m not aware of a single case in which two people don’t like each other. We wouldn’t hire arrogant people or potential troublemakers.

What kind of people do you look for when recruiting?
The most important things are probably motivation, along with the will to grow and develop both personally and business-wise! We also prefer to hire motivated people with a few technical skills, rather than the opposite. Well, the ideal candidate has both attributes!

What is your opinion on perks?
First of all, we don’t ask ourselves: “Are we doing enough for our people?” or “Should we offer this perk, because everybody else is offering it?” We want to over-deliver because I believe that our people will pay it back with hard work. It’s no benchmark to check what others are doing or if five perks are considered “enough”. If the perk would increase happiness, improve the performance or skills, or even only clear the mind, we would consider it.

What has changed in the affiliate industry?
Well, the industry has become more professional and has less of a party-like attitude when compared to the past. In iGaming, gender diversity has improved – in fact, 42% of our staff are female – and people’s skill sets within the sector have also increased a lot (especially in Malta; for example, the number of SEOs on the island).

What is important for you while running the affiliate portals?
I love good content and I consume a lot of online resources and books in my free time too. I’d like to transfer the same passion for great content to the company, which also happens to be one of the main things we are focusing on. 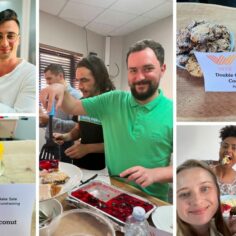 Bake Sale in Aid of The Richmond Foundation
READ 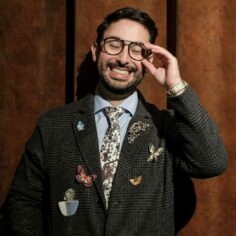 The Daily Plan of a Casino Content Writer at WIS

A day in the life of Iggy, our Casino Content Writer at WIS. 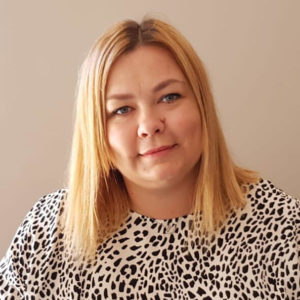 My name is Oksana, I am Russian with Mediterranean flavor. Sales and Affiliate Team Lead at WIS and I love my job. My role is a mix of relationship building, …